Samaritans, Can I Help You? by Brendan Williams, directed by Hanley Quintrell 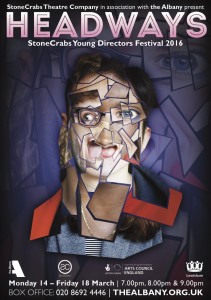 The House of Cards by Charles L. Mee, directed by Ria Samartzi

She Talks To Beethoven by Adrienne Kennedy, directed by Devan Wells

The Worker by Walter Wykes, directed by Tom Ward

“Under Franko Figueiredo’s direction, Oyeniran switches between childlike vulnerability, lethally wired energy and alarmingly unfocussed fury to get to the play’s nub”