Obsession, Beauty, Murder and Betrayal, the perfect tabloid story.
As a pedestrian hit by a bus lies dying on a Rio street, a passer-by, Arandir, stops to cradle him in his arms. He kisses him on the lips – a last request from the dying man as a parting gesture of human solidarity.
The scene is witnessed by an unscrupulous reporter who turns the compassionate act into salacious front-page news. Tabloid journalism spins into overdrive, and Arandir’s life is torn apart as his friends and family slowly turn against him. 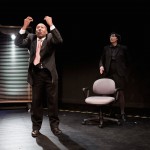 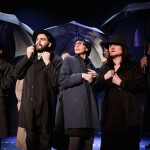 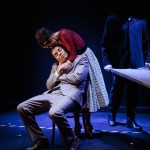 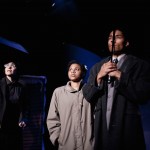 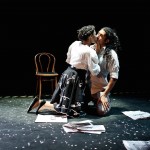 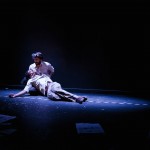 “Franko Figueiredo has produced a play with ultimate stamina as a great work of art, and of which the Brazilian actors can be justly proud of bringing to the attention of Londoners in such a shoestring but arresting production.” – Space

The production was presented in association with New Diorama Theatre as part of Nelson Rodrigues Centennial celebrations and supported by Regents University London and Yvette Francis.