Swinging Sixties. The Girl From Ipanema is sunbathing at the beach; in the apartment across the road, 40 year old Marcia is in a very difficult position: Jane, the wife of her lover, turns up on her doorstep. Jane has come with the express purpose of taking her revenge by telling Marcia’s husband of his wife’s infidelity.

Marcia is at her wits end until she has a brilliant idea. It seems that her house decorator is a part-time actor and so Marcia hires him to impersonate her husband when the wronged wife plans to spill the beans. 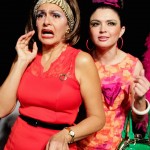 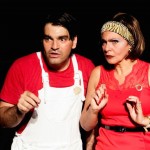 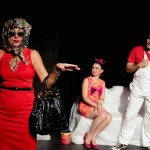 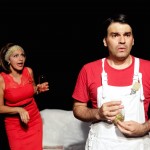 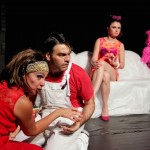 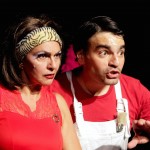 “The decorator is a hilarious farse” – culturart.co.uk

Translated and directed by Franko Figueiredo

The production was presented at The Space Arts Centre and The Windmill/Colourhouse Theatre in 2013 and supported by Katavento Restaurant, Geleia Cultural, Brasil Observer and Culturart.