In an ethereal world haunted by the melody of Chopin’s Waltz No 6, a young woman is caught somewhere on the edges of death and dreams. Her detached and confusing memories are slowly revealed as the story throws the audience continually back and forth between innocence and disturbance. A detached and hollow world combined with a chilling reality and a mixture of humour, sexuality and violence. StoneCrabs is the first theatre company that has brought the work of Brazilian playwright Nelson Rodrigues to the British Stage. 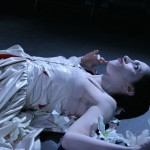 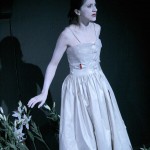 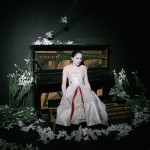 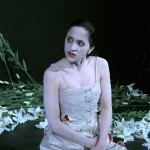 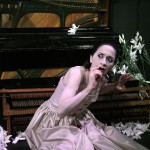 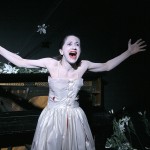 “Stonecrabs delivers a production which is full of wit, elegance and intelligence” – Sam Marlowe – The Times

“With Waltz, Franko Figueiredo presents a tightly choreographed production of a wonderful play, the first to be produced in England, but hopefully not the last” – Lucy Powell – Time Out

“The clean elegance of StoneCrabs Theatre’s earlier Rodrigues revivals is beautifully in evidence on the Union’s stage, under the incisive eye of director Kwong Loke. Ruth Posner and Laura Arantes are superbly cast as the vituperative aunts, eking precious comedy from their arid coupling…There’s much to admire in this bold, poetic staging…”