Since 2010 we have been developing a new partnership with Anemoi Programme and CaramelBox Theatre in Tokyo.

StoneCrabs creative team returns to Tokyo in 2018 to further explore Shakespeare’s Dream through Image Theatre and the companies techniques employed by Franko Figueiredo and Kwong Loke to develop a world where play is at the centre of the actor’s practice. 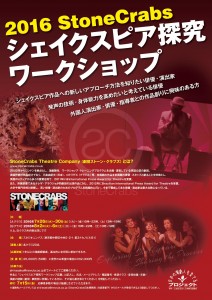 Interact UK Japan 2016 – Romeo & Juliet. StoneCrabs creative team returns to Tokyo to work with thirty Japanese actors to explore the bard’s famous tragedy through Image Theatre and the companies techniques employed by Franko Figueiredo and Kwong Loke to develop a world where play is at the centre of the actor’s practice.

Interact UK Japan 2015 – The Tempest. Going back to the work developed in 2010, StoneCrabs creative team will be working with a group of thirty Japanese young actors to generate ideas which will propel the companies towards a full production. The Tempest-Tokyo will be inspired by Shakespeare’s text and  directed by Franko Figueiredo.

Inter-Act UK Japan 2010 – The Tempest: After our successful production of Yukio Mishima Double Bill: Hanjo & Hell Screen, StoneCrabs Theatre Company returned to Tokyo to collaborate with CaramelBox Theatre Company and Anemoi Programme. We spent time on developmental workshops and doing R&D work on an international version of Shakespeare’s “The Tempest”. 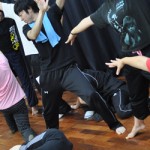 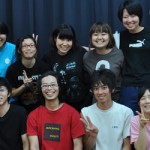 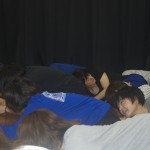 “Charity Wars is a pacy, versatile and witty production”